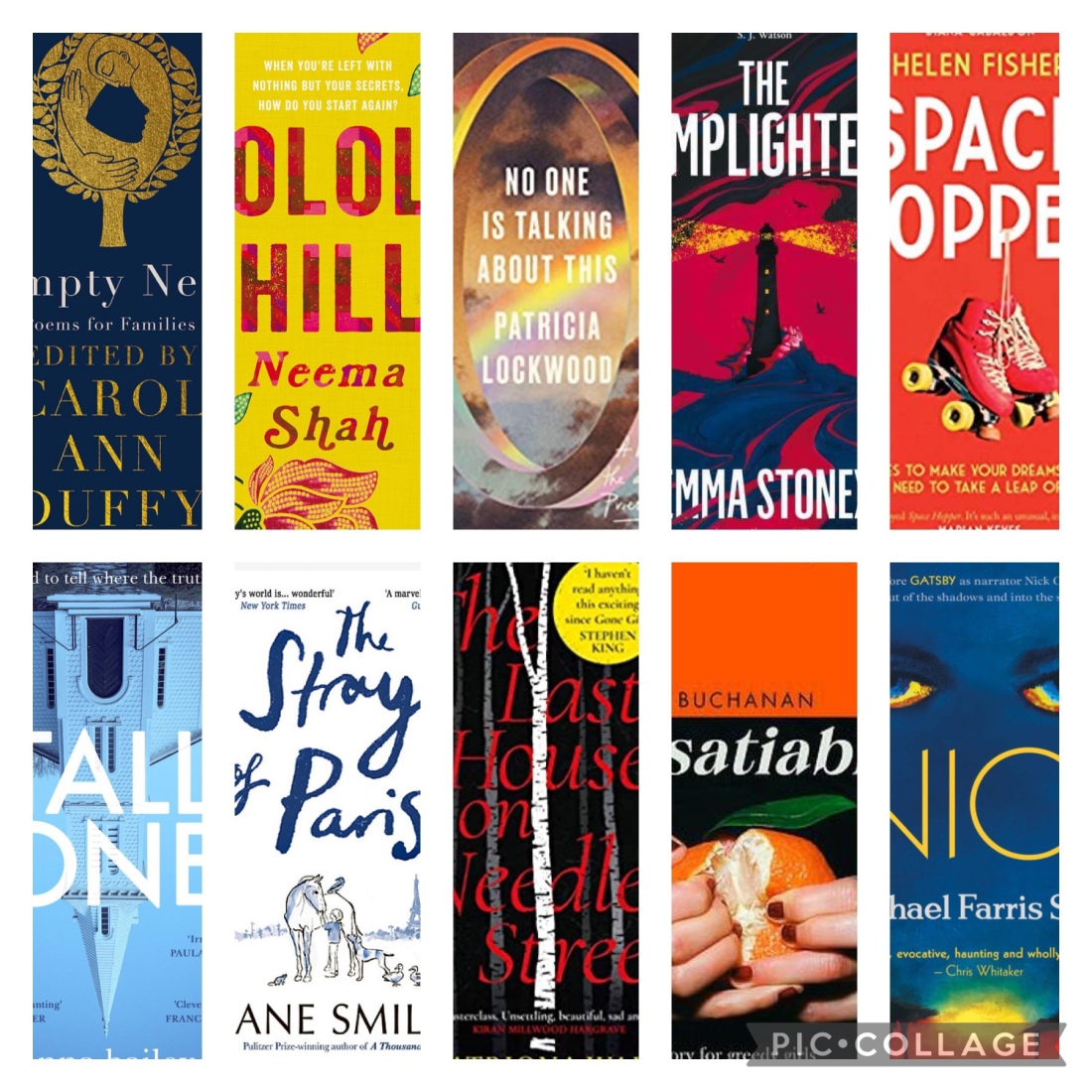 Finally, finally it feels like the world is getting a little bit lighter and brighter. Signs of spring are peeping through in greater numbers everyday and it feels like everyone is daring to hope again.

After a long, cold January, February seems to have rushed past me. There have been so many interesting and amazing books published this month and March looks like a pretty bumper month too. As well as reading as much as I can, when home school, online and in school teaching has allowed(!), I have been trying to write; working on my never ending WIP!

As far as new releases go this month I have had the pleasure to read some absolute crackers. I started the month pleasantly lost in both the possibilities of time travel and 70’s childhood nostalgia with the quirky Space Hopper by Helen Fisher. And ended it immersed in the mind blowing book that is The Last House on Needless Street by Catriona Ward . Published next month my review is in the pipeline, but there is so much to assimilate first!

Back to this month’s releases and I was thrilled to be reading Patricia Lockwood’s first novel No one is talking about this. I found her memoir Priestdaddy a truly unforgettable book and as you will see from my review her first novel was equally as impressive and challenging.

Continuing the theme of challenge and rawness and we come to Daisy Buchanan’s Insatiable. An exploration of sexuality, lust and pushing all boundaries this book is not easily forgotten!

While we find ourselves still in lockdown, travelling through my reading has become even more important to me. This month I have found myself ‘back’ in places familiar; the streets of Paris in Jane Smiley’s gorgeous The Strays of Paris and in places totally foreign and waiting to be explored. From 1970’s Uganda in the wonderful debut novel Kololo Hill by Neema Shah to the battlefields of France, and the streets of New Orleans in Michael Farris Smith’s Gatsby inspired Nick.

Next month is filled with absolute treats of new releases and I am working my way through some of them. I have just finished the wonderful mystery that is The Lamplighters by Emma Stonex and my review is out this week.

And looking ahead to April I loved my buddy read with four fab book friends, Emma (@corkyorky), Jules (@julesbuddle), Rebecca (@_forewoodbooks) and Siobhain (@thelitaddict_). Tall Bones by Anna Bailey kept us all on the edge of our seats, full review on it’s way very soon!! As is our next buddy read!

And in amongst all these varied novels, I have been dipping in to the oasis of poetry that is Empty Nest: Poems for families edited by Carol Ann Duffy. This is the perfect collection for these times when family can seem both really close and yet so, so far away. Beautifully put together, diverse and insightful. Just lovely in every way.

So there we so. A whistle stop tour of February’s reading. Hold on to your hats for March!! 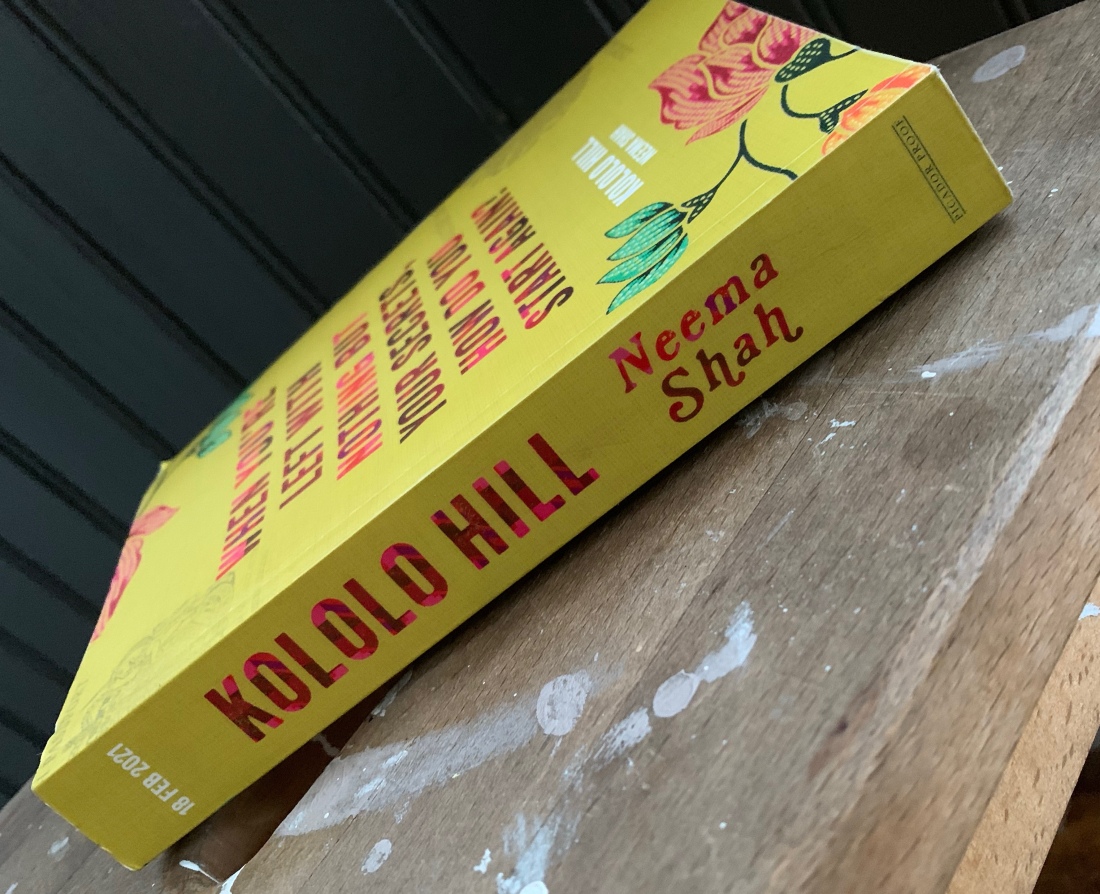 Published on 18th February by Picador, Kololo Hill by Neema Shah is a debut not to be missed. Striking and heartfelt, this novel has a lot to say. Sincere thanks to Katie Green for my gifted copy.

It’s 1972 and Idi Amin is on the rise. With brutality and fear as his weapons of choice he issues a devastating decree. All Ugandan Asians must leave and leave within 90 days. They can take virtually nothing with them, their property and money are now belong to the state. They can not return.

Through the eyes of one ordinary Ugandan Asian family we experience the fall out of such a situation, and the impossible choices they make; both as families and individuals.

Asha and Pran are a young Asian couple. Married for a short time, after a whirl wind courtship that was hi jacked by their families. They are still in the early days of their relationship, still testing the water and finding the boundaries when suddenly their whole world is thrown into crisis, everything and everyone they hold dear under immediate and terrible threat.

Along with Pran’s parents , Jaya and Motichand, and his younger brother Vijay, their life of relative ease, their business running a local dukan their sense of self and security are lost. The family must begin the painful and seemingly impossible task of looking to the future. But where do they start?

Each have different paperwork, passports and access to different countries. They all have to leave but will it be possible to do that together or will they be spilt even further apart? And how can they protect their house boy December who has served the family loyally for years? For now as a member of one of many ‘wrong’ tribes he too is in danger.

This is a story of displacement, of having to take huge leaps of both faith and fear in order to move forwards. With vivid detail and heart breaking clarity Neema Shah paints a skilful picture of what it meant to be an Ugandan refugee, arriving in the middle of a British winter. Against each slight and knock back we see men and women fighting to both make a new life and hold on to their sense of identity, self and culture.

The characters in the novel maybe experiencing the same trauma but there is no stereotyping of pain or reaction. With well rounded brush strokes each character takes their own path and makes their own distinct choices. For Vijay, his youth and disability shape his reactions, in the same way Pran’s inability to let go of the past shape his .

But for me it was the female characters who really shone through this narrative. Asha is determined, determined not to look back or let her trauma shape the rest of her life. And her mother in law Jaya holds on to the best of what she left behind while struggling to adapt to their strange grey land that is 1970’s Britain.

There are many things I look for in a novel and teaching me about the world I think I know Is pretty high on that list. This episode in history was a complete blind spot for me. I knew nothing about it at all. This novel has opened my eyes, taught me new things and made me thirsty to know more.

As a debut this one is pretty special.